Open Letter to MI5 and Special Branch re: Scotland 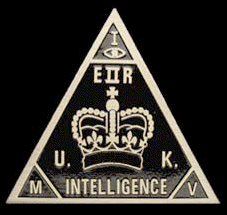 A. To the English Bosses of MI5 & Special Branch's Scottish Operations:

How are you today? Busy week at the office? Looking forward to a relaxing Sunday browsing the papers? Off to church later on?

I have couple of questions for you.

How often have you wondered why certain Scots proclaim their Britishness far more than the English?

Seriously, how much of a prat do you think the PM is? How much is he driven by the desire to strut the world's stage, to cement his legacy for posterity, and by the fight for his political survival at the next election?

Does he even care about England?

Truly, how much loyalty do you feel you owe him and his party after they tried to fit you up for the dodgy dossier on Iraqi WMD?

On the other hand, do you honestly believe that Scottish nationalists are bad people? Are you aware that some members of the SNP are English born, while others have served in the armed forces?

So why do you feel the need to have your field resources monitor, undermine and discredit Scottish nationalists? Is it really worth your while running interference on Scottish independence, when it’s something more and more English want every day?

Won't what you're doing to derail Scottish independence only sour future relations between our two nations?  England and Scotland can look forward to having more in common than most other nations - a shared language, the same royal family, and stirring fireside stories about how we ran an Empire together.

Will England not need all the friends she can get?

Being a Scottish nationalist does not mean that I hate England. Only that I love Scotland, just as you love England, and that we now wish to manage our own affairs.

Without self-serving prats like Gordon Brown lording it over us both.


B. To the Scots involved in MI5 & Special Branch's Scottish Operations:

There is probably not much I can say to convince you to let Scottish independence run its course.
You are probably consumed with a visceral hatred of Alex Salmond and the SNP.
You sincerely believe your job to be threatened by Scottish independence, and sometimes feel as if you are fighting for your career, your reputation, your pension, your very professional existence.

And you feel under constant pressure to prove your loyalty to your controller and/or station chief.

Now, I’m probably not too far off the truth in saying there aren’t too many MI5 resources allocated to monitoring the English independence movement just yet. In fact, many English men and women in MI5 probably share a secret sympathy for it. They probably feel in their hearts – without even realising it – that English independence would probably be the only legitimate way to break up Britain, when England is good and ready.

So ask yourself this: how many English men or women have you met who harbour the same visceral hatred of the English independence movement as you do for the Scottish version? Not many?

Scottish independence will almost certainly happen, sooner or later, regardless of how you are ordered to slow it down. And then Scotland will have its own intelligence service, cooperating on a daily basis with our English colleagues on international terrorism and security.

So remember this, next time you are asked to gather information on Scottish nationalists, provide dummy explosives to radical activists, or help rig a by-election:


1. Scotland will need experienced intelligence officers with good contacts in Thames House who know how to set up a state security apparatus.

2. You could play a valuable role in establishing it.

3. Scotland and England will have the same enemies.

4. Your career is not dependent on the structural integrity of Britain.

5. The Scottish security services will still swear loyalty to the Queen.

Posted by OutLander at 4:55 AM

Oh dear - I'm afraid you're in for a 5 am visit from the men in black as you're obviously a subversive. Come to think of it you've probably implicated me as well since I read your seditious blog.

Dear officers of MI5 and 6 - I only read these blogs to keep a loyal British eye on these disloyal, dissident, deadbeats. I was getting ready to report this one - honest.

Funny thing - six times the traffic and yours is the only comment so far.

In case this is my last post, I just want to say...hang on. There's someone at the door.

Back in a tick.

False alarm. Just the phone company wanting to give me a free cordless phone. Free installation too.

What a nice bloke.

What if the key people in MI5 work for the Pentagon?

The only reason I can see the Pentagon opposing Scottish independence would be to keep Britain on the UN Security Council. But the US exerts its influence there not through the support of friendly nations, but by its veto.

Otherwise, I can’t see why they would oppose Scottish independence, or direct key people in MI5 to do so.

- Geopolitically, the British State would be succeeded by two US-friendly nations.

- London would still have its Special Relationship with Washington.

- The nuclear subs would relocate to Newcastle, Sunderland, Liverpool or Belfast.

- US oil companies would still be able to exploit the oil reserves, but would instead send their monthly cheque to Edinburgh, not London. The stamp would cost the same.

- Massive investment opportunities for US businesses to relocate to an expanding Scotland with favorable corporation tax structures.


So I think if it comes down to the current structure of the UK vs. Scottish (and English) independence, it’s a win-win-more situation for the US.

Interesting post you got here. I'd like to read something more about that theme. Thanx for sharing this information.
Sexy Lady
UK escort

You think so, FT?

If even one thinks about what he or she is doing, it will have been worth it.

On second thoughts, maybe I won't.